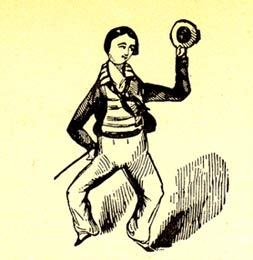 Just last week, I was giving a talk about ‘Social media for authors’ at Book to the Future – the University of Birmingham’s literature festival. I do social media as part of my day job, and I do it for fun out of hours. I used to do it as part of running my vintage clothing shop, and I do it now for my genealogy website, Essex & Suffolk Surnames.

My trouble is the balance between the personal and the impersonal – in fact, this is probably the trouble most people have with social media. After all, it’s social, so we need some feeling of a human being existing behind their userpic. But you can’t have too much of a person there. Or can you? When I first set up my twitter account for Essex & Suffolk Surnames, it was only to promote my site. “1,000 burials for Great Oakley now online!” I trumpeted. You can’t get much of an idea of a person from that. Other than the possibility that they might be slightly thrilled about long-dead people of the past. But such is the way of social media that I found my personal likes and dislikes creeping in. So I changed the Twitter to my name. Especially as I was now having to use social media to promote my articles and my book, it seemed odd to promote these using the name of my website and not my own name (even though what I write often comes from my local history research).

But increasingly I’ve felt for people who follow me on Twitter for the writing side of things and end up reading tweets like “Baptisms 1559-1695 for Mistley now online” followed by “I had a weird dream about Aethelstan from Vikings the other night.” It looked like someone had hijacked my Twitter. After giving my talk about ‘Social media for authors’ and showing other writers’ twitters and websites, I decided the time had finally come for me to separate the two parts of myself – even if a scolding, internal voice is telling me that having a url that is actually my name makes me a pretentious bighead.