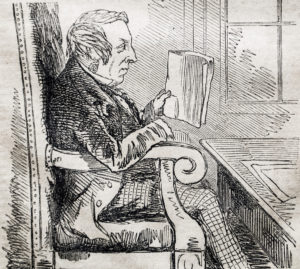 My second book was published on Monday. The copies arrived with my publisher on the Friday before.

So imagine my surprise when, only a couple of days later, two third-party sellers on Amazon were selling copies “used – as new.”

This is physically impossible. There are no used copies, because readers and reviewers are still receiving their copies of the newly published books. So where are these “used” copies coming from?

This happened, too, with my first book, Poison Panic, which was published last year. Confused, I had contacted the sellers, and without replying to me, they changed their listings to “new”. At the time, I talked to my writing friends about it – the self-published authors I know find it particularly odd: “I haven’t even had my copies yet – where are they getting them from?!”

So I decided to do the same again when I spotted the “used” books appearing this week, and contacted the sellers. One of them over-reacted in startling fashion, striking Fatal Evidence from their inventory forever (holy over-reaction, Batman!).

Another replied and explained why they sell a new book as used. Now, this email came with a long disclaimer at the end saying the information is confidential, intended for the recipient only, blah-de-blah. But hopefully I can get away with paraphrasing what they’ve said, and not identifying the company.

I cannot see any sense in their response. Really. This is the paraphrase:

And, erm… that’s it. Does that make any sense to you? Because it makes none to me.

There’s a couple of important points here – in one respect, it doesn’t really affect the author’s royalty, because if the item is new, then the seller has had to buy a copy from the wholesaler – a royalty is still generated. But it does affect the royalty in the end. A “used – as new” book can be sold for less than a “new” book. If third-party sellers are competing on Amazon to undermine each other’s prices and go lower and lower and lower, eventually the author will suffer, because the royalty will be squashed, as sellers demand cheaper prices from wholesalers.((This depends how your royalty is worked out – whether it’s based on RRP or net price received by the publisher. But of course, even authors with a royalty based on RRP will suffer in the end if the money recouped by publishers from booksellers dwindles.))

And sometimes the customer will suffer – my dad ordered a book from Amazon, choosing the cheapest one listed for sale. He waited a fortnight, wondering where on Earth his book was, and finally he received an email from the seller telling him that they couldn’t source a copy cheap enough! So added to the fact that “used” might mean “new”, “in stock” might mean “not actually in our warehouse, but I know where I might be able to get one. Then again, maybe not, because our automated system has listed it too cheaply.”

Listing an item as “used – as new” means the seller can lower the price. So it might end up at the top of the list of items on sale. For instance, a “new” copy might be listed as £10, and “as new” for £9, thus appearing in the list above the “new” copy because it’s cheaper; Amazon ranks the third-party sellers by ascending order of price (but factors in P&P as well – so they can’t get round lowering the selling price and adding on a high postage fee). And at the end of the day, the customer still gets a “new” book.

But I just find something rather dishonest about it. I seem to remember, and this was a long time ago so may have changed, that if you list a book as “new” on Amazon, the selling fee is higher than if it’s second-hand. I suppose the argument is that what is saved in fees (if it is still the case that the second-hand fee is still lower) can be passed onto the customer, so they end up with a cheaper book. So perhaps the dishonesty is justified? It’s a little white lie for the customer’s benefit.