I wasn’t sure about having a book launch party. Was organising it going to be a lot of faff when I wanted to crack on with book #2? But in the end, I thought… why not have a little bash. There could be some wine, perhaps a cake, and maybe a few chums if they felt like turning up after work. 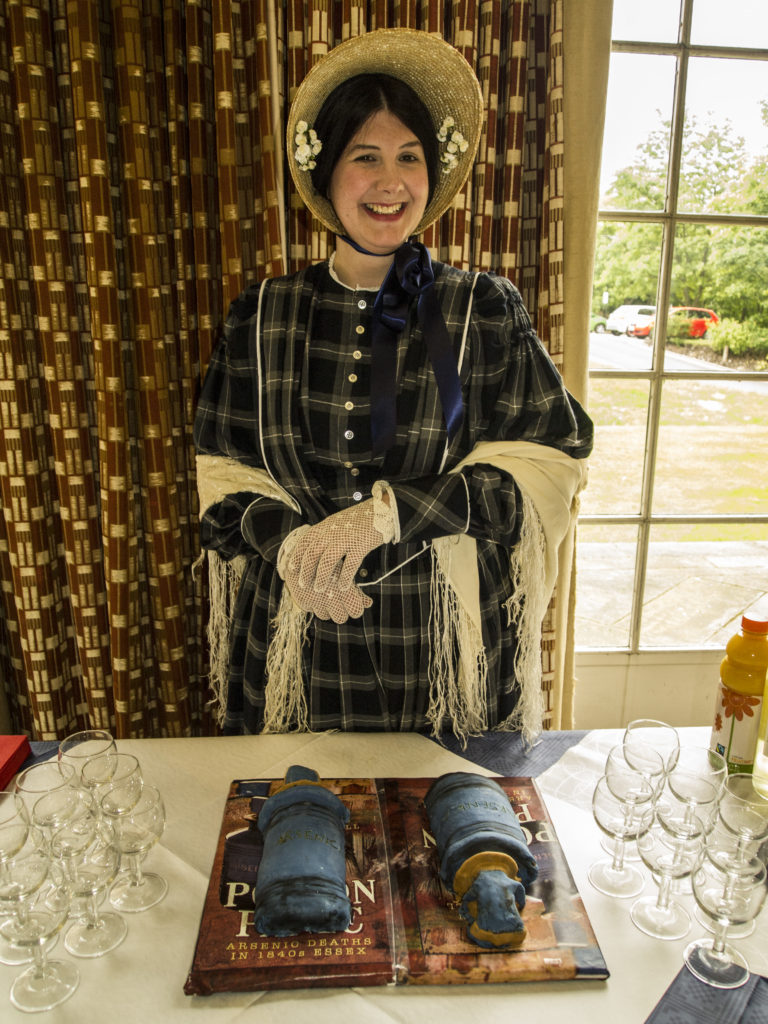 I didn’t want to make a big “thing” about it, so I set up a Facebook event, and invited everyone I’m friends with on Facebook. I was going to just invite people who live within a 10 mile radius of Birmingham, but it would’ve taken ages to work out who lived where. And seeing as I regularly get invited to events thousands of miles away, which I can’t possibly go to, I thought no one would mind if I did the same. I also invited people from work, and as it happened, most of the guests were in fact from work. Which isn’t surprising when the event was held at venue right next door to work. I was quite touched by how many of my colleagues came to the book launch party and supported me – it meant a lot. I was also touched that author Sally Jenkins came to the party as well (you might remember her from the RNA Writers’ Day). My stepmum saw the Facebook invite and decided to drive up from Somerset with my Dad – and also make the amazing poison bottle cakes! I was humbled that they came so far for my little soirée.

There were drinks and nibbles…. 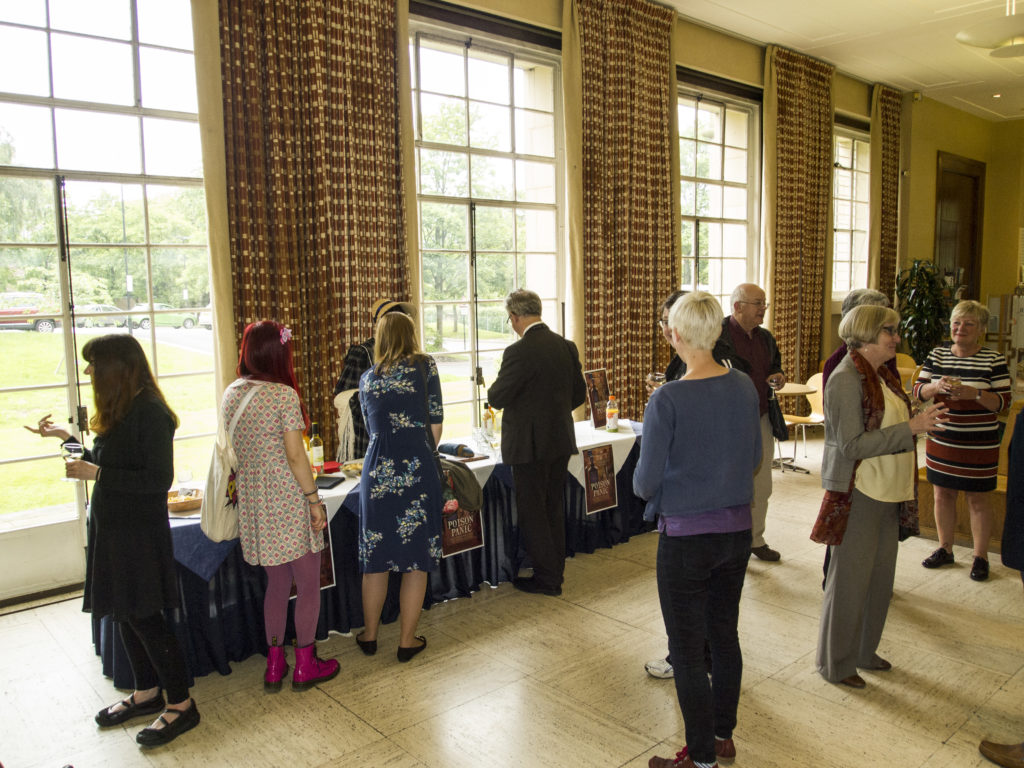 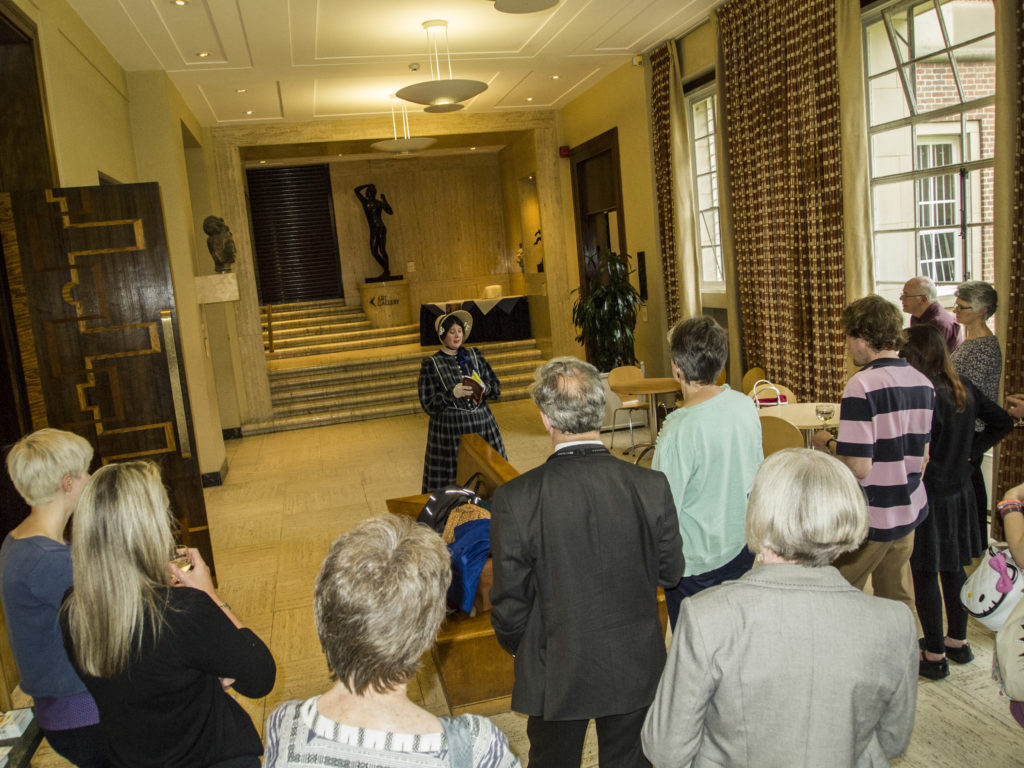 And I signed lots of books…. 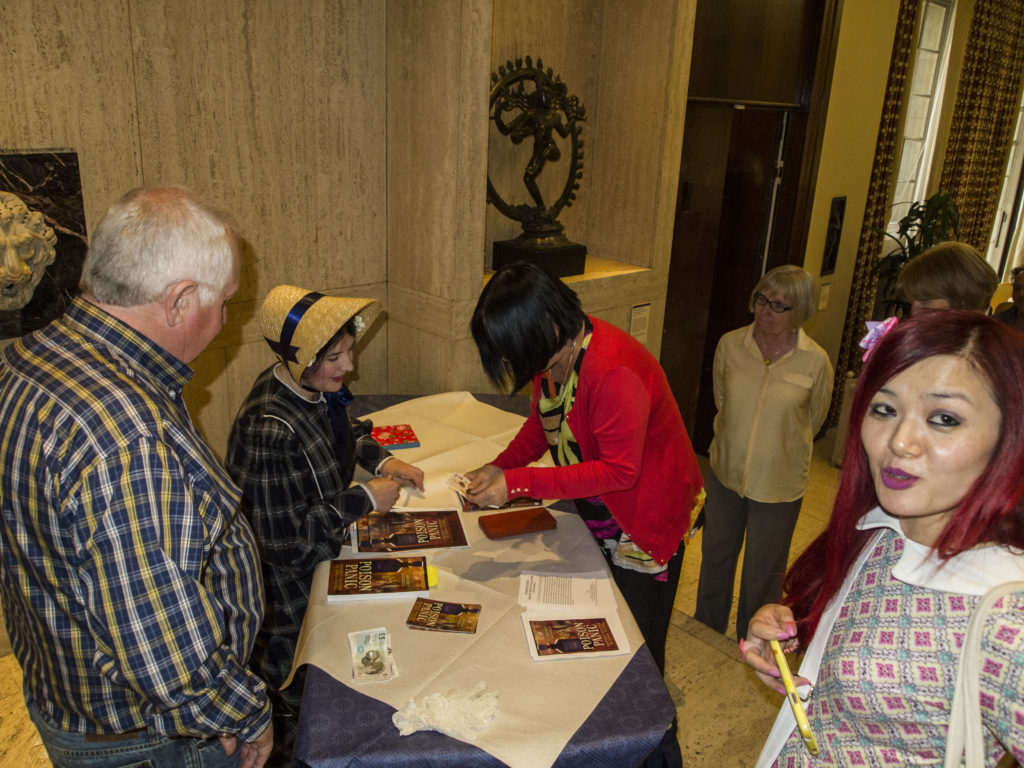 My dad even wore a shirt which matched my plaid dress!

Now I need to work out what to do for Fatal Evidence‘s book launch party, but that’s a year away. Which just about gives me time to put together my Victorian professor costume….